Novice Rowers to National Championships in One Year | Colorado Newslink

Novice Rowers to National Championships in One Year 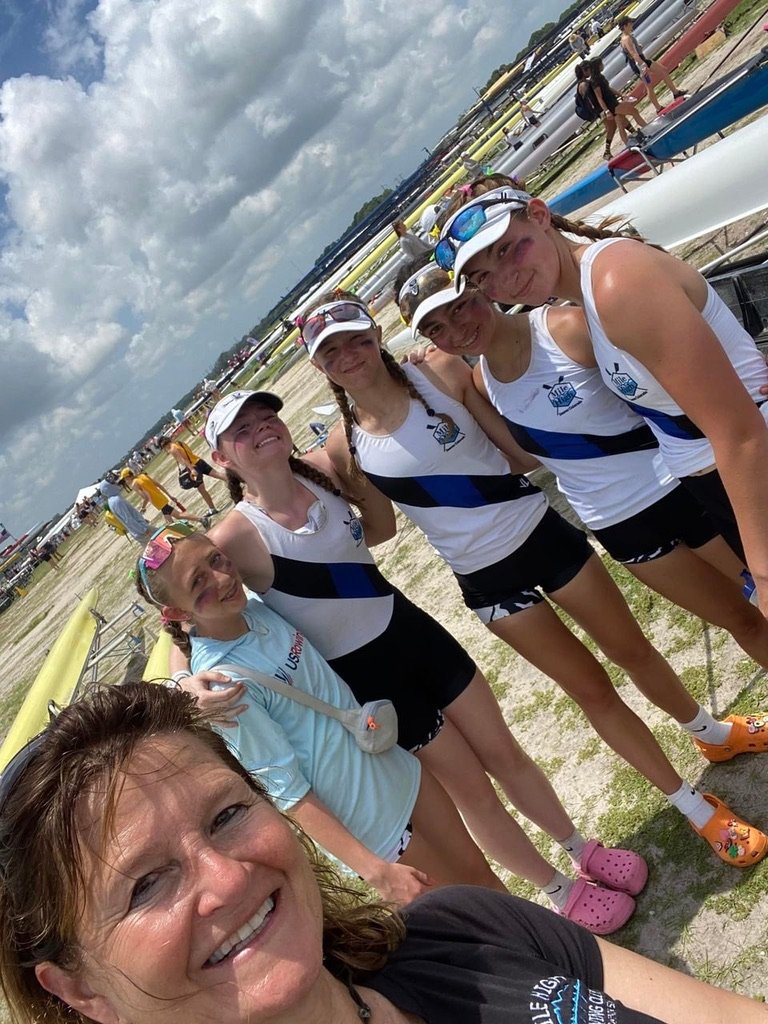 From Learn to Row Camp to Junior Nationals in One Year

Why did you sign up for Learn to Row camp? “My mom.” “My sister/brother/friend told me I had to try it.” These are the most common answers teens give for joining one of Mile High Rowing’s week-long learn to row camps. Twelve campers from the 2021 sessions joined the team in the fall. They all competed at the Central Youth District Championships, and five of them qualified to race at Junior Nationals. That’s how much and how quickly rowers can learn and excel in the world’s best team sport.

On day one, they practice the three parts of the rowing stroke by pairs in the eight person, boat, gradually adding pairs until they can row by all eight. By the end of the week, they race a short, 500 meter, course.They learn what an erg is, what sleeves, collars, gates, foot stretchers are, and how not to catch a crab.Once they get that basic stroke down, they are performing the same actions as Olympic rowers do: it’s just a matter of mastering the skill, learning to row with the rest of the boat, and gaining fitness.

Why rowing? Injuries that take high impact activities off the table, burnout from sports that kids start in elementary school: these are also reasons that Denver area teens take up this new sport when they’re in 13+ years old. Whether they end up racing at nationals or not (MHRC has competed nationally since its very first season), whether they end up on the national or Olympic teams or not (three Mile High rowers have raced on the national team, and one has raced as an Olympian) or whether they go on to college to row (more than 90 have), all of them start in the summer learn to row camps. And maybe, they discover a passion for a lifelong sport.