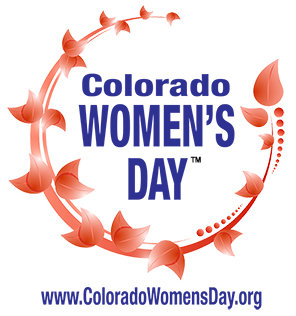 The awards will be presented at the luncheon on Friday, March 10. The deadline for nominations for the awards is January 19, 2023 and applications are available at: ColoradoWomensDay.org. Women are also encouraged to nominate themselves. While women who have been previously recognized with other awards are encouraged to apply, Colorado Women’s Day is particularly seeking out those women who have made impactful contributions in their field or to the community and have gone unrecognized for their work in the past. Nominations for all the awards can come from any member of the public. Any woman residing anywhere within the state of Colorado for at least the last six months can be nominated, and no membership in any club or organization is required. All finalists, along with their organization or business, will be announced in advance of the Colorado Women’s Day event.

History
2023 will mark the eighth year that International Women’s Day has been celebrated in Colorado with Colorado Women’s Day. In many countries around the world, this is a day when women are recognized for their achievements without regard to divisions, whether national, ethnic, linguistic, cultural, economic, or political. International Women’s Day first emerged at the turn of the twentieth century in North America and across Europe, and the first time it was observed nationally in the U.S. was in 1909. The Charter of the United Nations, signed in 1945, was the first international agreement to affirm the principle of equality between women and men. The United Nations’ theme for their women’s initiative is “Planet 50-50 by 2030: Step It Up for Gender Equality.” For more information visit: ColoradoWomensDay.org.