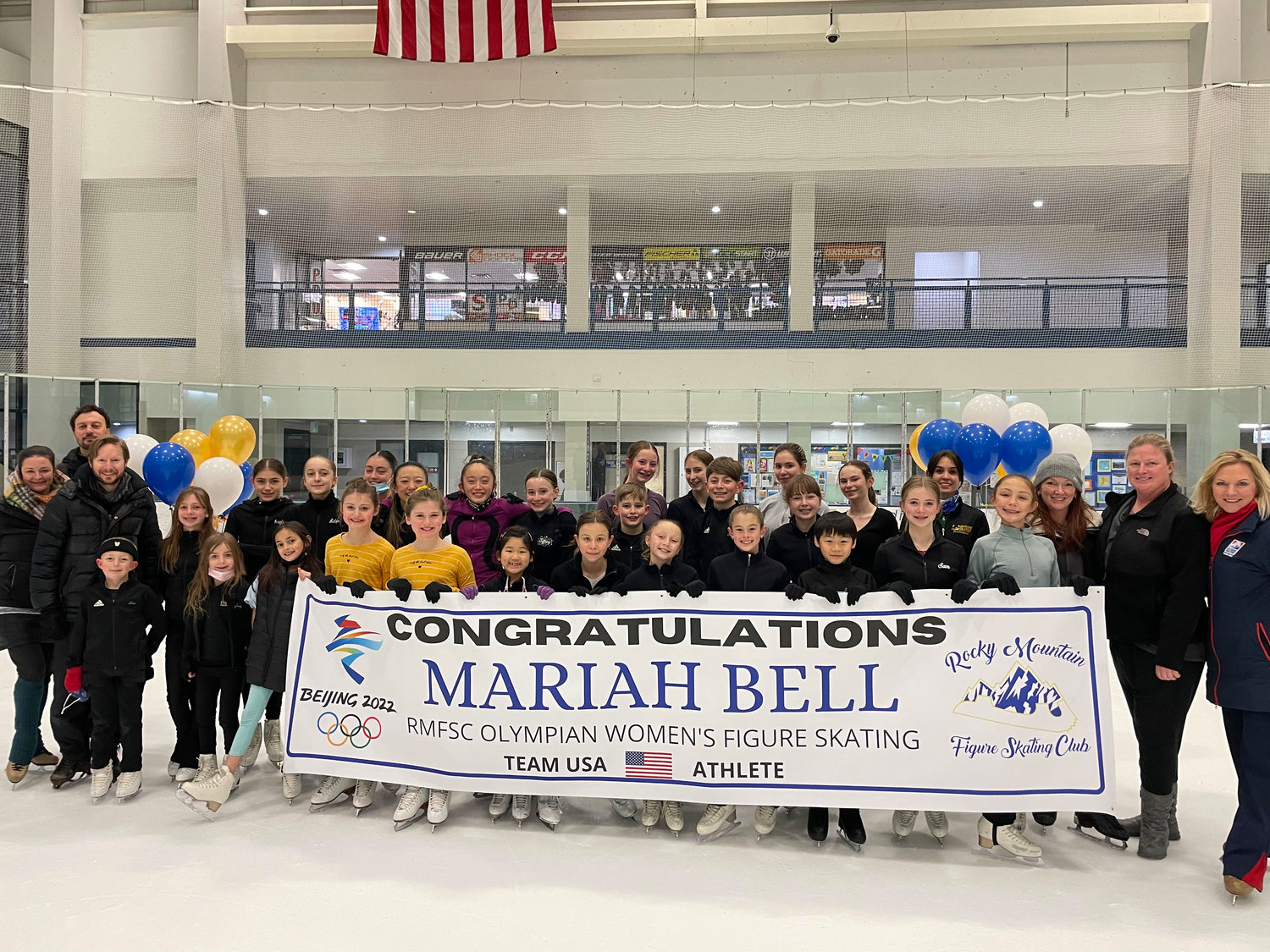 Mariah Bell who was named to the U.S. Olympic figure skating team, after her amazing performance earned her the 2022 U.S Figure Skating Championship women's title!  Ice Centre at Promenade is Rocky Mountain Figure Skating Club's home rink, a club that Mariah belongs to.  She was trained there for most of her youth, under the guidance of Cindy Sullivan, founder of Sullivan Skating Academy and Director of Figure Skating at Ice Centre, coach Sullivan has helped her achieve her dream of becoming a member of the team USA.

Our skaters are thrilled to have her as the 2022 Beijing Winter Olympic Team and can't wait to watch her.  The skaters and coaches recently got together celebrating Mariah's success and wishing her luck at the Olympics as RMFSC presented the rink with Mariah Bell's Banner.

“I’m going to cry,” Mariah said on NBC as her eyes watered. “It’s something I’ve been working on for a really long time.” - Dreams do come true!