A New Murder on Skis Mystery: BACK DIRT | Colorado Newslink

A New Murder on Skis Mystery: BACK DIRT 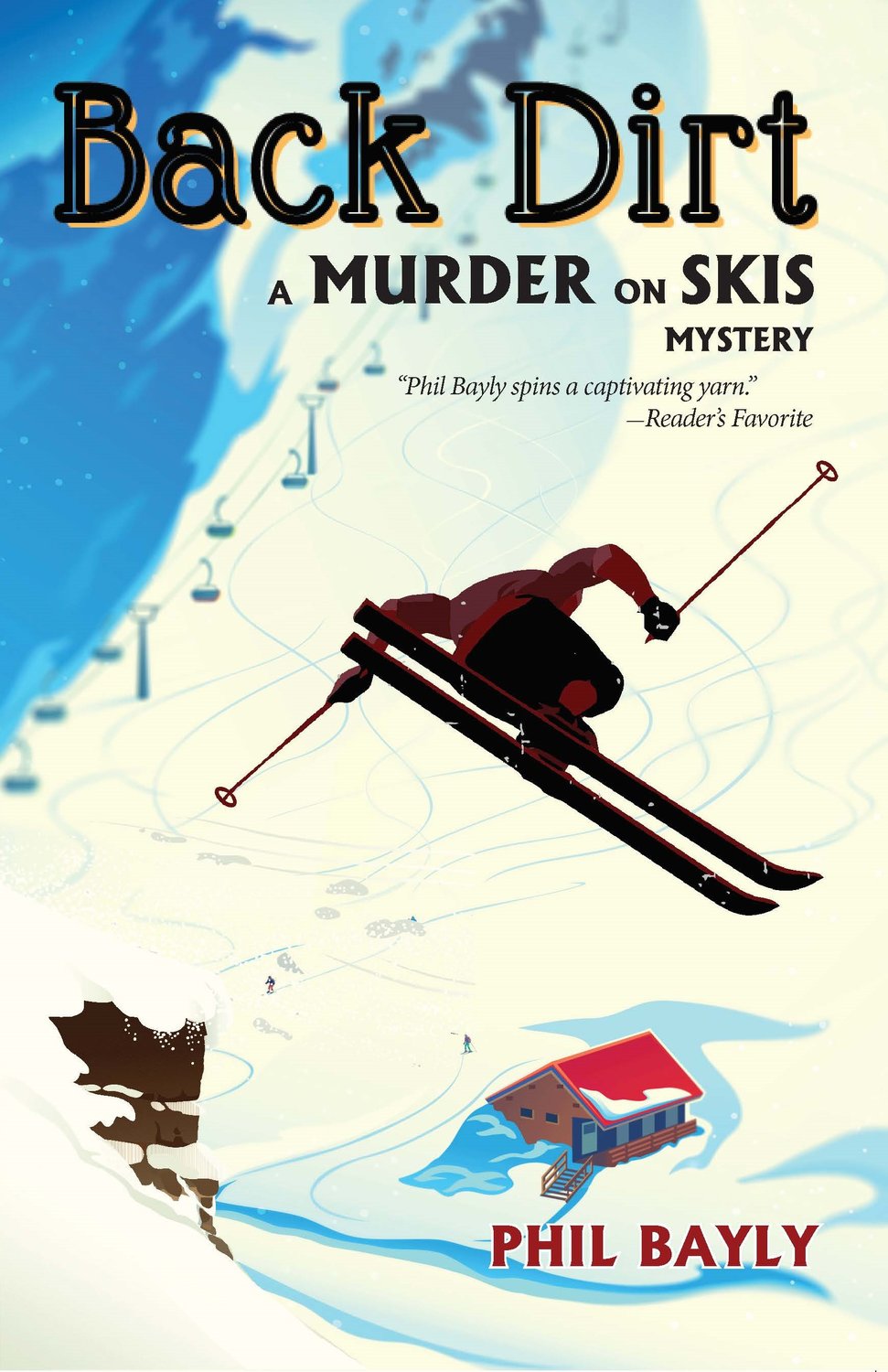 A cold case killing in Colorado takes police to New York. Is the crime connected to the murder of an archaeologist in the Adirondacks? And will the bloody path benefit plans at the Battle Ax Ski Resort? Someone at the winter hot spot is a cold-blooded killer.
Author Phil Bayly’s newest novel is titled BACK DIRT: A Murder on Skis Mystery. It follows a Denver-based television reporter named JC Snow to the Adirondacks near Lake Placid, New York. BACK DIRT is published by Shires Press.
“I hope it’s a fun read. I write my books to appeal to anyone who enjoys a mystery,” Bayly states. “The reader doesn’t have to be a skier or snowboarder. They are stories about people. And I spend time in the areas where my books take place. I go there and research the interesting locations I write about.”
Bayly is a graduate of Colorado State University. He lived on the Front Range and the Western Slope over the course of more than a decade. He says that he still returns to Colorado frequently. In June, he was camping on the Western Slope north of Grand Junction.
Each of the author’s Murder on Skis Mysteries unfold at fictional ski areas, but in very real settings. His first work of fiction was MURDER on SKIS. It was set in the mountains of Montana and Yellowstone National Park. His next novel, LOVING LUCY: A Murder on Skis Mystery, unfolded in Colorado.
“During the winter, Ski Country is a crossroads of Americans seeking adventure, entertainment and romance. Some seek out the slopes and some arrive simply to admire the scenery with a view from a hot tub or the window of a brew pub,” Bayly explains.
“Ski Country is a nationwide thing. There are no boundaries,” Bayly says. “You can be riding a chairlift in Colorado and talking with strangers about shared experiences in Montana or Wyoming or Wisconsin. That’s why I keep changing the settings of my books. Skiers and Snowboarders don’t stay in one place. They like to save up their money and travel to places they’ve read about or that friends have told them about.”